Handover Protocol is a protocol of passing control of subscriber conversations to the bot apps based on their Receiver Role. We will cover each part in detail below.

Handover protocol enables two or more Facebook apps to participate in a conversation at the same time. By default, the Primary Receiver app gets the conversation control to handle incoming user messages.

Basically, we are talking about which application on your page will control the user's conversation and automatic messages. 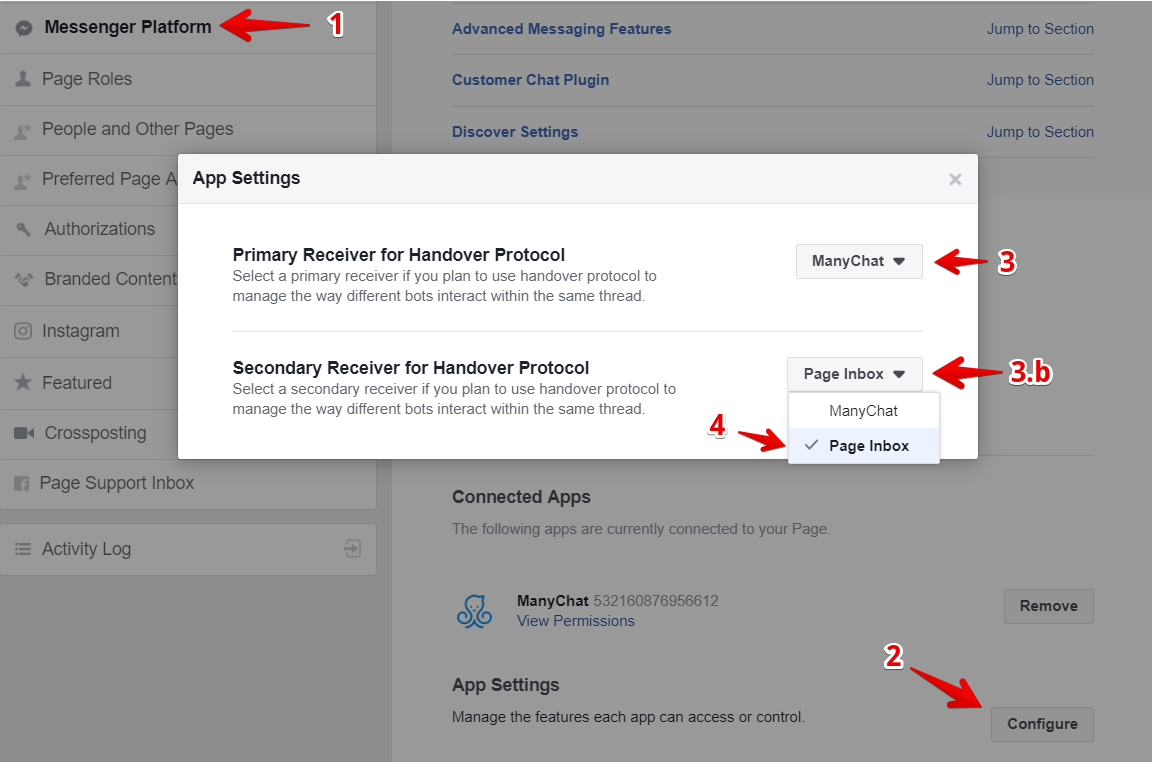 The following is a summary of the available actions by role:

To sum up a resolution for the problems connected to Handover Protocol: if you are trying to use two bot apps simultaneously including ManyChat and experiencing any problems with messaging/Automation, try to set ManyChat as Primary and other apps as Secondary. If the problem persists after that, try to open and close problematic conversations in Live Chat.